The combustion technology based Omniprocessor, produces from dried sludge, pathogen free by-products, such as industrial distilled water, ash, and electricity. The Omniprocessor operates as a mini fecal sludge power plant with a first technology version produced by Sedron Technologies (USA), with support of the Bill & Melinda Gates Foundation.

By-products from the treatment of sludge are thus valorized.

Distilled water is intended for commercial and industrial use.

The ashes resulting from combustion can be used as fertilizer, added to compost already produced in FSTP’s, as enhanced fertilizer in agriculture and horticulture, or in civil engineering and construction, substituting cement in the production of mortar and concrete.

Electricity can be used internally or resold.

This valorization contributes to the profitability of the sanitation by transformation and commercialization of the by-products resulting from fecal sludge treatment. 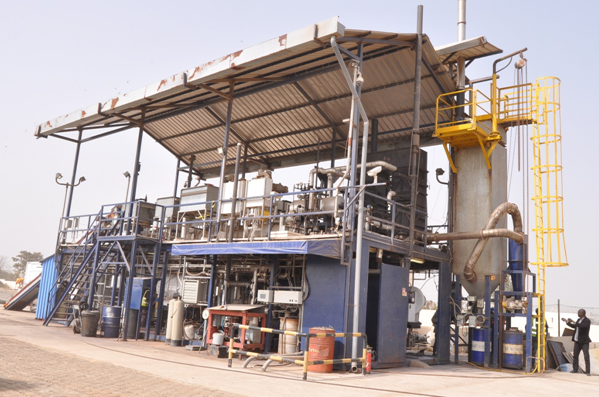