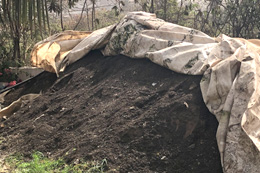 Apart from improving hygiene by eliminating the risk of contamination by pathogens, an important objective of the treatment of fecal sludge in the FSTPs operated by Delvic is the valorization by production of added value derived products such as compost.

The compost thus obtained is of excellent fertilizing quality.

This same compost is used in parallel by Delvic in its own gardening and ornamental production. 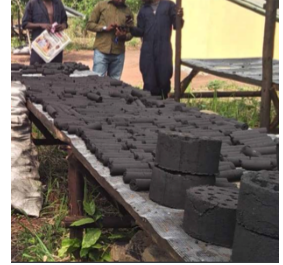